Our beginnings rest with a progressive thinker named L.O. Smith, everything we do strives to build on that. And the man who founded our company had values that were ahead of his time. 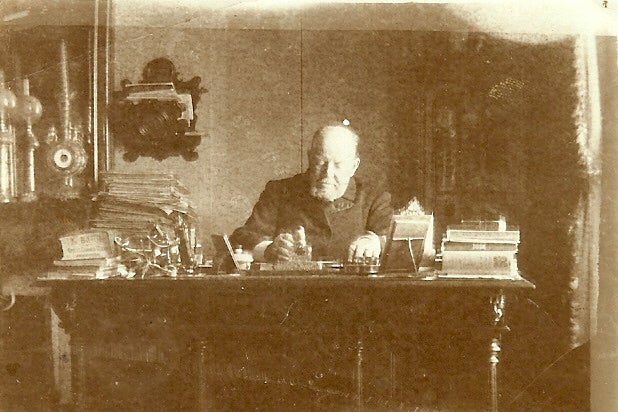 We’re lucky to have a company legacy we can be proud of. Everything we do builds from the values and progressive thinking of our founder, L.O. Smith, who fought for his community, for workers’ rights and promoted local production.

L.O. Smith grew up in poverty. He was put in foster care after his father, who was uneducated, sent the family farm into bankruptcy. L.O. learned the importance of education the hard way; that in order to build a strong and profitable business, he would need healthy, educated and empowered people on his side. And thus, ignited his investment in his workers, giving them the tools of education to lift themselves from poverty.

He put that power in the hands of the workers themselves. He encouraged saving to buy property and had them form workers’ groups to help support each other. Since at that time not many households had access to a kitchen, it was L.O.’s idea that his employees should form collective kitchens to provide nutritious and affordable food. The kitchens were run by the workers, for the workers, and served the double function of being a place to eat and to meet and share ideas. Leftover food was given to those who couldn’t afford to eat, and nothing was wasted or thrown away. This respect for resources is a value that The Absolut Company still holds high.

Equality and diversity were also high on L.O.’s list. He was a fervent spokesperson for everyone’s right to vote and improve their own life and living standards. He mandated that men and women should be treated equally, as should different nationalities and religions. To this day, we stand firm with this approach and continue to grow it every day. From our work with LGBTQ+ communities to our vision for an increasingly more diverse workplace and our work to strengthen the communities in which we operate. We believe this work never ends.

L.O. Smith is in our hearts, not just in theory but in practice– every day.

Sugar: Taking the bitter with the sweet