Kelly Caul is a familiar face around The Absolut Company’s head office in Stockholm. No wonder – her job is to foster an inspiring and inclusive company culture and that means being in close contact with all different areas within the company. Her job, she says, demands that she’s a ‘people person’ and constantly look to change things in order to improve. And changes are nothing new to Kelly – it’s what she lives for and thrives on. 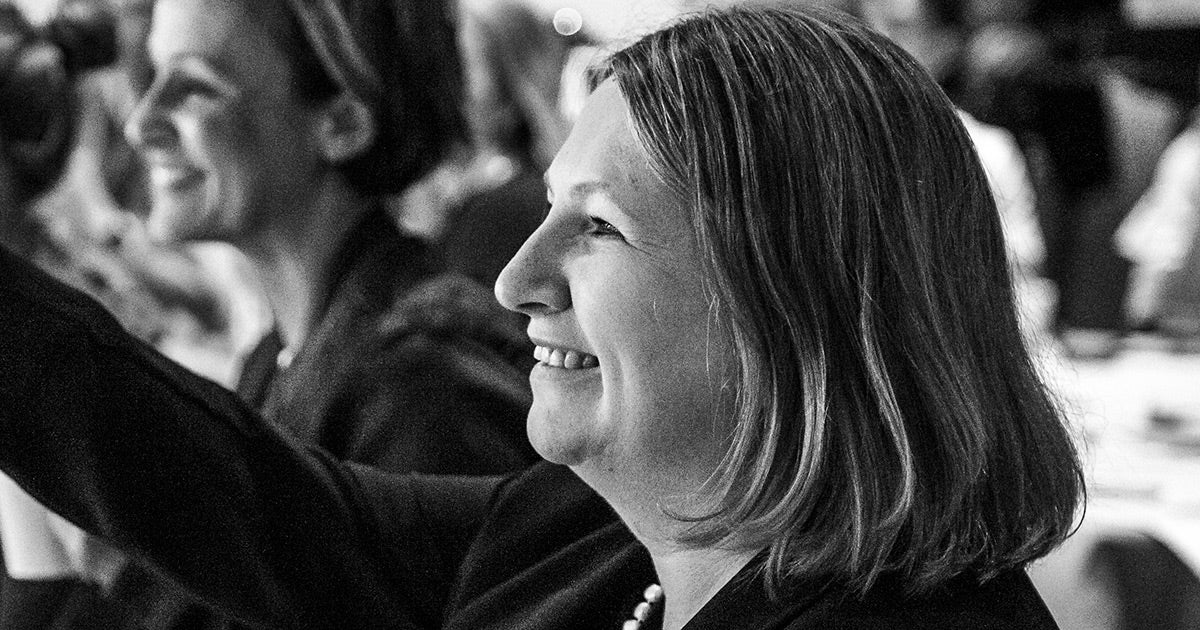 “I just thought ‘what the heck’ and packed my husband and kids to go live in Stockholm.” Kelly seems more relaxed to the idea of moving and bringing her family to an entirely new country than most people you come across.

Born in the UK and having lived in Ireland for the last 12 years, working for the sister company Irish Distillers, Kelly joined TAC to look after internal communications and culture change within the company more than 2 years ago.

“I’ve been here a couple of years now, but I’m a change agent first and foremost and any culture change takes at least five years. However, after that job is done, it’s usually time for me to move on and pass on to someone else who has a new approach and new ideas. I think I work best to initiate and implement change rather than maintaining the status quo.”

Two years at TAC. Are you ready to move on already?

“No, I’m not done here yet. You have to remember that it’s only been ten years since the acquisition by Pernod Ricard, and in culture terms that’s not a very long time. I still think this is a really good place to work, but there are always things we can do to improve and develop the great culture here even further.”

And what’s the company culture like today? What characterizes a TAC employee?

“What’s really special about this place is that people are so proud of the products we work with.  The fact that all our Absolut Vodka comes from the One Source – that everything is made in the tiny village of Åhus and exported around the world – is very much part of that.”

In one of Absolut Vodka’s most recent campaigns, 20 employees appeared naked in front of a camera to show the world that it’s ‘The Vodka with Nothing to Hide’.

“People are so proud of our approach to sustainability. Over 20 employees got naked just to prove that they stand by Absolut’s message and that they believe in the product. At which other company would you see that passion? I think that if we were to shoot the film again, hundreds of people would show up.”

Kelly explains that, however creative and ‘out there’ that campaign may seem, people at The Absolut Company still have an intellectual approach to things:

“They really want to understand the reason behind what you’re doing. More so here than in any other company I’ve worked for.”

Is that something you can relate to?

“I have to admit that when I first joined the company, it was tough. Like a lot of people, I had preconceived notions about Swedes and Swedish culture. Swedes generally are a bit more reserved and introverted than what I’m used to having worked in Ireland and the UK. They tend to give things a bit more time before they decide on how to act. They go through different scenarios and make up their minds before building a case, rather than starting a discussion right away. So my initial reaction was ‘How on earth am I going to be able to unlock this and understand people?’.”

How did you deal with that?

“Right from the start, I decided to the only way to understand what it felt to be an employee of TAC was to talk to people. In total, I think I interviewed around 60 people just to understand what made them proud, what were the great things about working at TAC and – of course – what would they change if they could. Through that process, I could also see what the strengths of the organization were and what we could do to improve. This was really helpful for me, not only in order to get to know the company culture, but also for me personally – to get to know the mindset of the people here.”

Although she’s been working with internal communication and company culture for over 15 years, Kelly’s career path was never set in stone. She started out as a journalist in her twenties and soon found herself working in PR. She worked for some of the biggest agencies in London, working with media relations. But as time went on, she eventually got bored:

“I wanted to see, and be part of, some real change. After having worked as a journalist, PR just became boring for me after a while. Perhaps a bit too easy, I think. I wanted a new challenge.”

After a few years in PR, Kelly was asked to take on a transformation project for a large company. Following an acquisition, the new owners wanted to see a full organizational and cultural change. Over the course of an 18 months period, Kelly’s job was to handle the communication regarding the overhaul, both internally and externally.

“It was amazing! The frustration for me working in Public Relations was that you were always a bit removed from the client. You never got the chance to see what impact you made, or at least were trying to make. So naturally I enjoyed being in the middle of such a large project, unlocking employees’ engagement and proving that great culture and communications can transform a business and have a big impact on the bottom line.”

After that project was finished, she started working for Irish Distillers to look after the company’s internal communications.

“It was a six-month contract, and it was the first time they have ever had anyone in that role”.

Wow, only six months? That’s not a lot of time to make an impact?

“Haha, exactly. Yet here I am, eight years later, still working in the same role within Pernod Ricard. Anyway, working at Irish Distillers was great! I worked closely with Anna Malmhake (then-CEO of Irish Distillers and present-day CEO at The Absolut Company) and she gave me much freedom and trusted me to start new initiatives that could lead to a great company culture.”

Is that why you followed Anna when she moved to Stockholm for the role as CEO of The Absolut Company?

“Yes, that’s very much part of the equation. Having a CEO and Leadership Team who believes in what you are doing, are willing to support you when you are in the midst of change and most importantly, willing to ‘walk the talk’ themselves as leaders is imperative for the success of what we are trying to achieve.”

“I appreciate how lucky I am to work for a company like The Absolut Company and our parent company, Pernod Ricard. Since I joined the group, I have freedom to explore and to create. I have been empowered to try new things with the focus always on making a positive impact on our employees’ experience at TAC.”

“For me, that’s what a great place to work is all about and I could ask for no more than I have here in The Absolut Company Pernod Ricard.”